Home/Around the World, Women/5 Female Politicians You Need To Watch

5 Female Politicians You Need To Watch

The race to get more women in offices of government affairs and positions of leadership has been on fire. Around the world, women have been taking strides for social progress and closing the gender gap that has existed for far too long. Here are the female politicians pursuing political careers with moxie. Queen Rania of Jordan has been working on many of the social challenges facing her country. Most notably, she is promoting awareness of peacebuilding programming, anti terrorism and extremism through the  Al Anwar Charity Organization for Women. Through this work, she promotes peace while keeping families together. This is particularly important in a time and place where recruiting for extremist groups like ISIS is popular among males. Along with this work alone, she has been a very influential politician in education, women, and youth empowerment efforts.

Burwell has been the Health and Human Services Secretary since 2014, working in tandem with President Obama during his administration. She is continuing to push for the continuation of the Affordable Care Act, having stated, “The American people don’t want to go back – they want Republicans and Democrats to come together to make the law better.” In a bold move to stand for policy that has been widely controversial, she uses her power to bring together a nation. “Germany and America are connected by values of democracy, freedom, and respect for the law and the dignity of man, independent of origin, skin colour, religion, gender, sexual orientation, or political views.” This was how Merkel, considered the number one most powerful woman in the world, responded to Trump’s victory in the election. The speech, which can be found here, serves as a global perspective on the state of American politics. Yellen acts as Chair of the Federal Reserve in the United States. She plays an influential role in economic policy, with a penchant for creating more jobs. Yellen creates policy that allows for inflation, only if it lowers unemployment. At the moment, this move is under scrutiny with the new president-elect, but only time will tell if American politics will keep this female in power. 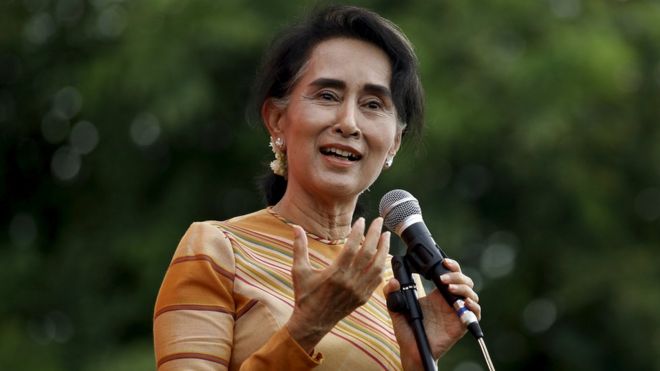 Suu Kyi is an activist and state counsellor of Myanmar. In 1991, she won the Nobel Prize for Peace following the rule of dictator U Ne Win. As a politician and activist, she has peacefully made moves toward human rights and democracy in her nation. She is now able, as state counsellor, to direct Myanmar’s affairs, and consequently a true influence for a nation.